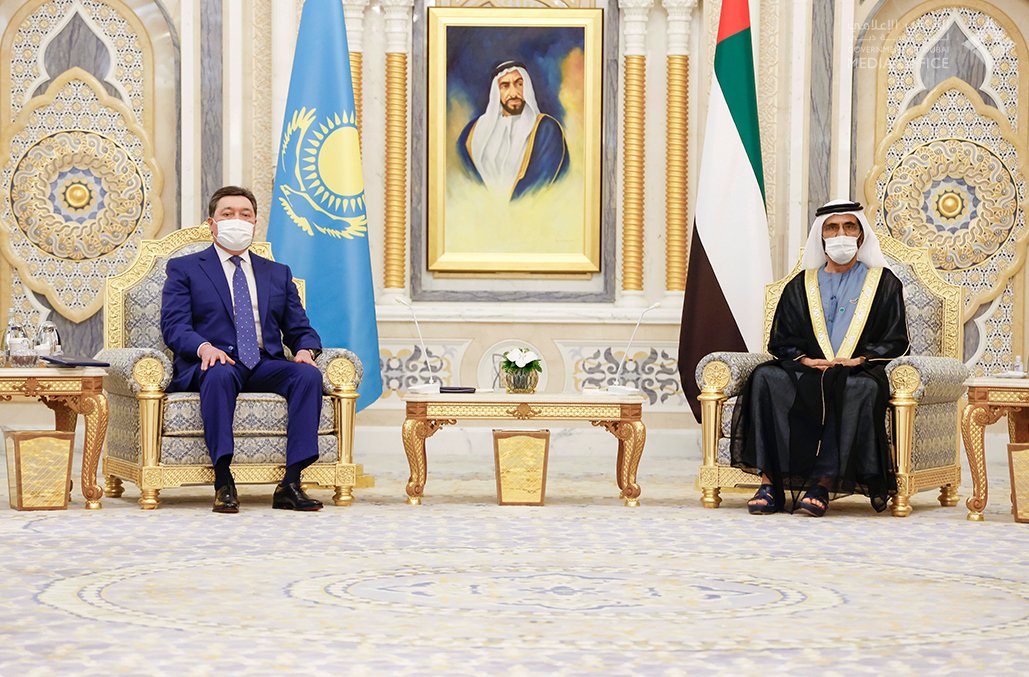 Also present during the meeting was H.H. Sheikh Mansour bin Zayed Al Nahyan, Deputy Prime Minister and Minister of Presidential Affairs. Sheikh Mohammed welcomed the guest, expressing his confidence that the visit will yield a positive result on various levels, especially in the field of trade exchange, joint investment, food security, clean energy and other areas, which will benefit the two friendly countries and peoples.

His Highness highlighted the UAE’s interest in promoting joint cooperation with Kazakhstan, expressing hope that the volume of trade exchange will double between the two countries with the establishment of an investment base that includes various areas.
The Prime Minister of Kazakhstan conveyed to His Highness Sheikh Mohammed the greetings of President Kassym-Jomart Tokayev of Kazakhstan, and his wishes for further progress and prosperity for the UAE and its people. He also congratulated Sheikh Mohammed and the UAE’s leadership on the successful journey of the Hope Probe to Mars, as part of a historic scientific mission, describing it as a great achievement for all Muslims.
Share. Facebook Twitter Pinterest LinkedIn WhatsApp Tumblr Email Telegram